SportsGrub™ started because of an experience my wife and I had trying to feed our three boys throughout their soccer careers. Every year for each season we offered to supply a team meal for each of the boys. As much as we enjoyed helping out, we also saw how much they appreciated having quality food rather than plain old pizzas after games. 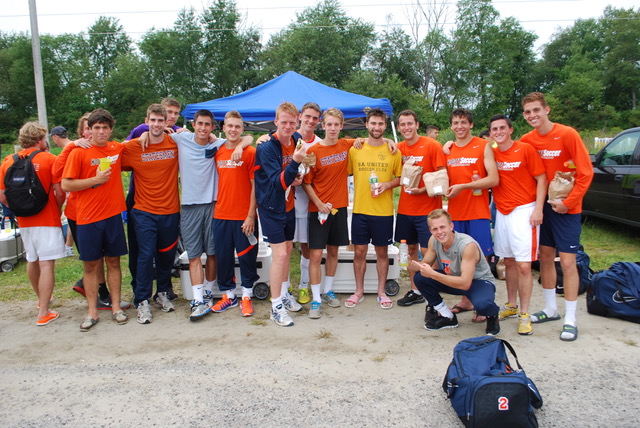 Our Background as Athletes & Parents

As the boys progressed from year to year and were participating in more competitive environments, they each experienced the effects of eating the wrong thing either right before or between games. They witnessed how eating healthy, vastly improved their performance. Collectively we decided to be diligent about food consumption particularly around game times, tournaments and at ID or showcase camps. Why risk not putting your best foot forward due to poor planning of food?

My wife and I also had the responsibility of being team managers several times. Part of that responsibly was organizing after game tailgates to feed the players, coaches, and parents. We found that it was often hard to find quality catered food that both tasted good and was healthy.

Over the years, my wife has also run the Boston Marathon several times and currently enjoys swimming on a regular basis. I have been a competitive athlete throughout my life competing in soccer, skiing, tennis and now golf. We both agree we compete better when we are eating the right things! 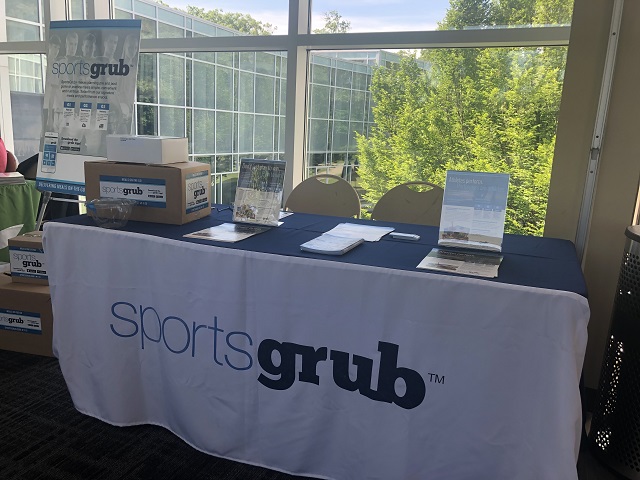 The Start of a New Catering & Delivery App

As athletes oursevles and seeing the effects of good food on our performance and our children’s performance, we decided to make something out of our experience. I studied how athlete’s and teams source food all the way up to professional sports. We wanted to make it easier for parents of athlete, coaches, and athletes themselves to get food that would keep them energized throughout their season. We designed an app that manages the hassle of collecting orders and paying for each meal while keeping everybody on a fixed budget. And most importantly we offer food that is healthy and really good.

With SportsGrub™ parents like us can offer their children food that helps them perform at their peak while not sacrificing delicious flavor. But our team meals aren’t just for kids. We provide meals for club divisions, college teams, and to really any team that wants to take care of their nutrition. We know that teams aren’t just the people on the field, but all the people in the stands cheering them on. That’s why we also offer tournament and tailgate catering to provide delicious food for everyone.